Q&A: Veteran VC Ron Cao on why he thinks China’s market is ‘just getting started’ 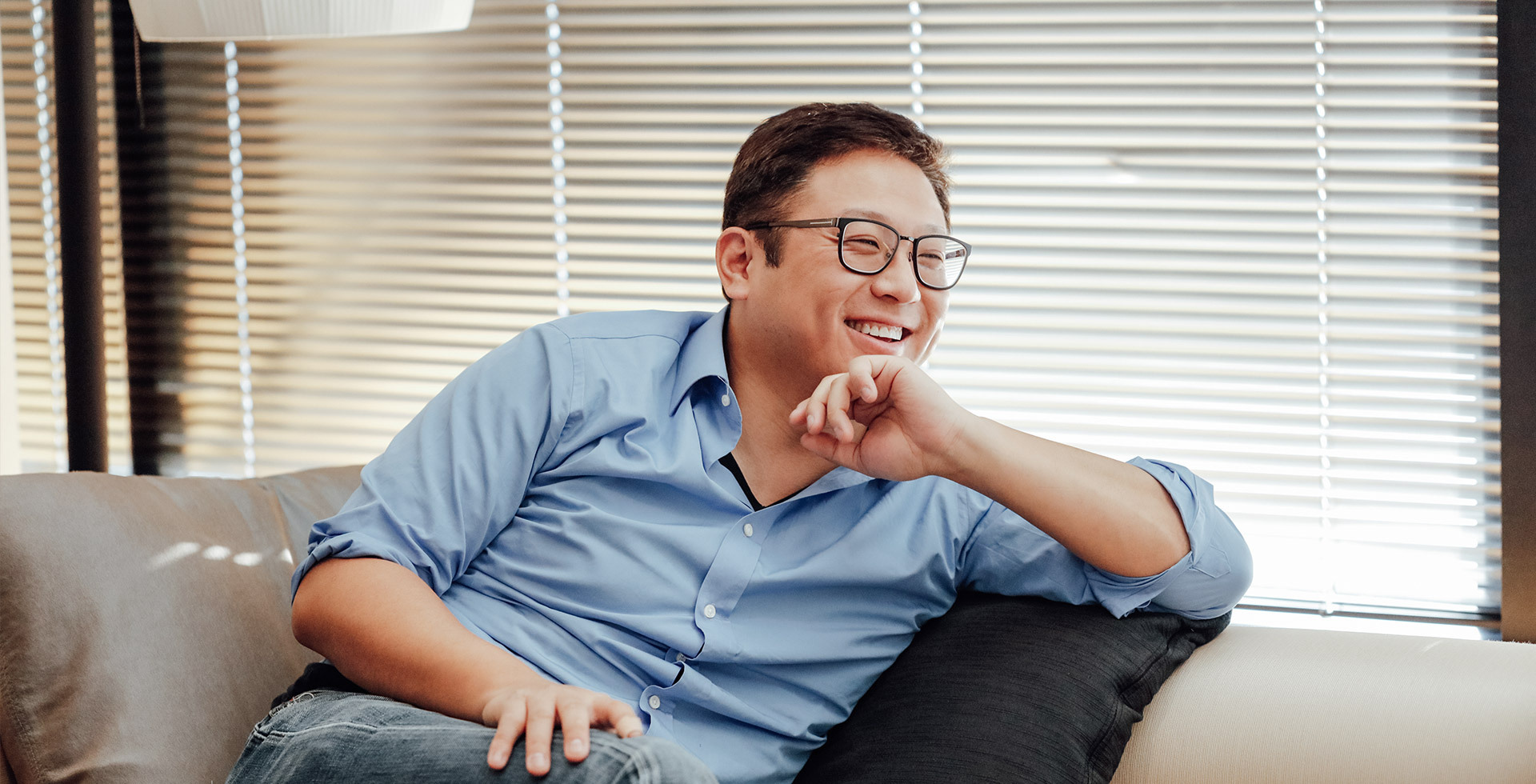 There are few investors in China as experienced as Ron Cao. Founder and managing director of Sky9 Capital, Cao has headed three venture capital firms over nearly two decades of investing in tech companies in the US and China.

Specifically, Cao seems to have a knack for picking up on trends at the right time. The Wuxi native has led a number of investments in leading technology companies in China – from Tujia, dubbed the Airbnb of China, to food delivery and daily deals unicorn Dianping (now Meituan-Dianping). He’s vetted peer-to-peer lending companies, cloud service startups, and even an ecommerce platform for moms to sell to other moms.

Now, over a year into founding his VC firm Sky9 Capital, Cao is as bullish on China as ever.

“I feel like China is just getting started,” he says. Urbanization, high-end consumerism, increasing savviness around financial products – all of it is happening in real time, he emphasizes.

Like many tech elites in China, Cao has extensive overseas experience. He earned a Bachelor’s and Master’s degree in electrical engineering and computer science at MIT before working at Goldman Sachs and Intel. His investment experience would pull him back towards China, however, with cross-border investors like Lightspeed Venture Partners – he was the founding partner for the firm’s China arm in 2006 – straddling tech ecosystems in both Silicon Valley and China.

At Sky9 Capital, Cao is focusing exclusively on early-stage Chinese startups. When I asked him why he started Sky9, he said he felt the opportunity in China was so great, “I just had to start my own firm.”

We caught up with Cao in Shanghai to learn more about trends in China’s investment landscape, how early-stage investors evaluate startups, and other lessons he’s learned over 18 years of investing. Below is an edited transcript of our conversation.

As someone who has investment experience in both the US and China, have you noticed any differences between early-stage VCs in the two countries?

I don’t think so. I think the top funds around the world have the same formulation. It’s to be extremely people-focused and talent-focused. How you judge talent might be different, but overall early-stage investing is really about investing in talent.

As an investor, how do you get to know founders when you’re vetting them?

After you have been doing this for awhile, you can have a pretty good feel for a founder’s strengths and weaknesses – and with a high degree after two or three meetings.

Generally, we look for two things. One is their capability – the ability to create, manage, lead, and have a vision and strategy.

Two is sort of an all-encompassing phrase: authenticity. It’s about seeing through a person, seeing what’s really inside, and really trying to understand what’s driving them. The core question is: are they true to what they are doing?

Take Richard Huang, the CEO of [enterprise cloud services startup] QingCloud. For him, it’s a sense of mission. He truly believes in his deepest of hearts that he was born to make cloud as accessible as water.

When you see that moment – and those things come in flashes – you have to take it as truth and a lot of times that can sway your decision, especially early decisions with little data.

I think that’s something you get good at after years of just seeing thousands of people. Authenticity. Either they love being entrepreneurs or they love doing what they’re doing.

What about foreign entrepreneurs interested in entering China? What advice would you give them?

It’s similar to a Chinese entrepreneur going to the US to start a company. I don’t know if there’s any advice one can give to help them succeed. It’s very tough. For a Chinese person that’s never lived or studied in the US – or entered their society in some way – the chances of the startup succeeding are almost zero. The opposite is true too.

If you do have a competitive advantage, it’s most likely some sort of technology. You own a kind of technology and you want to enter China to find a team and turn this technology into a business model or business. I think that’s possible.

Why do you think locals have such an advantage?

A lot of teams in China rely on their business model, their operations, and execution to succeed. As a foreigner, you probably do not understand these things, as well as local entrepreneurs, do.

China’s tech industry has different boom-and-bust cycles, where new businesses develop in a gray area until the government cracks down with new rules. As an investor, how do you help your portfolio companies navigate that?

In our industry, there are a lot of cases that don’t have clear policies, especially for innovative companies at the early-stage. These are typically disruptive verticals where startups come up with new business models or a new way to make things more efficient. In these situations, the policies often will follow the business.

In the case of Tujia, for instance, there were a lot of details that weren’t clear from the policy perspective at the beginning. Can individuals rent to individuals? Does one need to show ID? Who pays taxes? If there are issues with the rental, who is responsible?

All these details were unclear. So Tujia has to cooperate with different regional governments wherever it goes to create certain rules and best practices. We also want to resolve these issues – it’s just that no one had done it before.

See: Why the Airbnb of China is Tujia and not Airbnb

For [consumer lending platform] PPDai and many of our portfolio companies, they are constantly in touch with and working with various government entities, partly to be transparent in what we are doing and partly to help governments to think about how to work with these new technology companies.

For startups in China, government relations is important. At Sky9, our team works hard to introduce our founders to the right people, and help them develop relationships so that they are building their businesses in a sustainable and responsible way. The relationships and learnings are something we’ve accumulated over time.

You mentioned that a lot of Chinese investors are going into Southeast Asia now. What do you see as a future trend of China’s investment landscape?

I think another trend will be about the US market – Chinese funds investing in the US.

Why? Because the US market and the Chinese market are the two biggest markets, and there are a lot of similarities in terms of business models and consumer behavior.

In many situations, China VCs and entrepreneurs are also perhaps more sophisticated than their US counterparts as the China market has moved ahead in some consumer business models.

We see more and more ideas being generated in China first and taken to the US market second. Live streaming is a perfect example. China’s live streaming industry is the largest in the world. In the future, China will come up with more and more of these trends first. And then the US will follow, especially on the consumer side.

There will be a reverse flow of cross-border investment. Chinese people, Chinese money, Chinese ideas – Chinese outbound. We’re not talking about tourism. We’re talking about China outbound of money and talent and innovation.

What are some lessons that you’ve learned in your career as an investor?

Why do you say that?

Because the biggest ideas always come from the strongest people. There’s a positive natural selection for talent. The CEOs are usually the big, crazy visionaries.

Big ideas can also attract more capital and also higher quality leaders. So there’s a good chance that with a big idea, you can get into this positive cycle of talent, capital, and talent, which ultimately results in a much higher chance for success and higher impact outcome.

How do you differentiate the big ideas from the crazy ones?

Sometimes it’s hard. That’s where the risk is.

I also think a lot of the risk that we measure is psychological. But in reality, a lot of things are not that risky. If no one is doing a deal and you’re doing it, you feel risky. Doesn’t mean it’s any riskier.

That’s the other thing we learned over the years, which is to have a different perspective on risk. The difficult thing about investing is that you almost always have to be a contrarian to be able to invest in something big. The hard part is to be a contrarian and also be right.

Sometimes investors confuse perceived risk and actual risk. To be able to understand and assess that difference is one of the key skillsets early-stage investors have to learn over time.